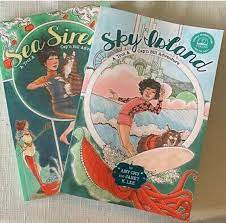 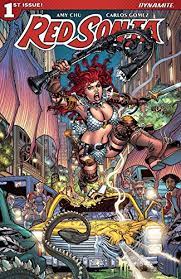 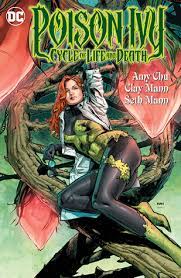 Ms. Chu will be on hand to discuss her career and sign (and sell) her new book Sky Island.

In 1989, she received dual degrees at Wellesley College and Massachusetts Institute of Technology for East Asian Studies and Architectural Design, respectively. She was in Hong Kong from 1995 to 1997 running the Macau tourism office.  Returning to the United States, Ms. Chu attended Harvard Business School for her MBA in 1999.  In 2010, Ms. Chu started Alpha Girl Comics when she and her friend, Georgia Lee, discussed the lack of female voices in comics.  Ms. Chu took a course in creative writing and developed her interest in comics writing from there.  She has continued to focus on the lack of representation of women in the comics industry speaking on panels at comic events.  She published three collections of short stories under Alpha Girl Comics titled Girls Night Out from 2012 to 2014.  Several were funded through Kickstarter, as well as in 2017, a remaster and collection of all three volumes into paperback format.  Ms. Chu has been writing Red Sonja for Dynamite Entertainment since late 2016. She also started working on Dynamite's KISS in 2016.  Ms. Chu took over writing duties for Dynamite's Green Hornet beginning with the 2018 run.  Ms. Chu was recognized as a cultural leader of the year for 2018 by the Corea Image Communications Institute and said she had plans to write a comic in Seoul.

WHEN:
July 22, 2022 at 8:30am -10:00am
WHERE:
Seaview
1 Market Place
Manchester Grand Hyatt
San Diego, CA 92101
United States
Seating is extremely limited.  A breakfast buffet will be available for purchase.
Seating is full.  If you would like to be on the waiting list, please contact HCSD President, Loreen Collins, at  presidenthcsd@roadrunner.com

Note: This event takes place outside the Convention Center so you do not a need pass to get in.