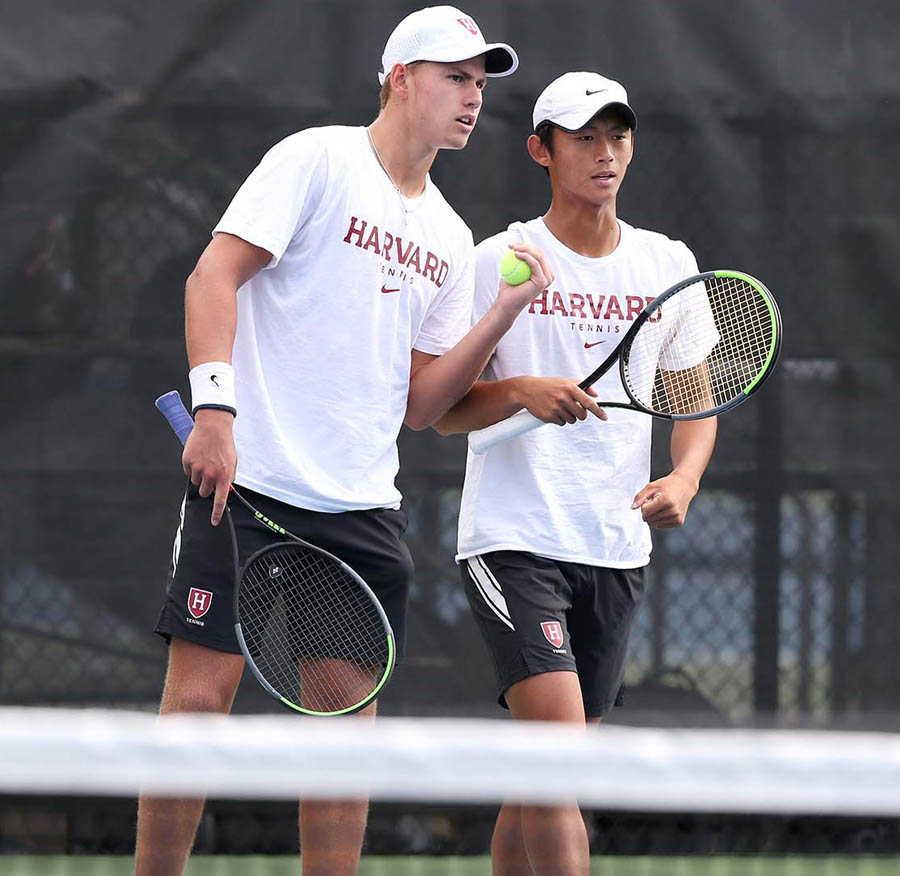 Come watch and cheer on the nationally ranked #10 Crimson as they take on some of the nation’s best tennis competition. There is no cost to attend.

Building on dramatic marquee wins against top-20 teams to open the 2022 season with victories over Pepperdine (NCAA ranked #15) and the University of Michigan (NCAA ranked #16), the Harvard men's tennis team returns to Southern California for the second time this year, led by Andrew Rueb '95, The Scott Mead '77 Head Coach for Harvard Men's Tennis, for a week of tennis competition.  Harvard has four players who have been ranked in the top 90 in singles (Brian Shi, Henry Schulenberg, Harris Walker, and Danny Milvasky)  and the doubles team of captain Brian Shi '22 and first-year Danny Milavsky is ranked #14, outperforming the rest of the Ivy League.