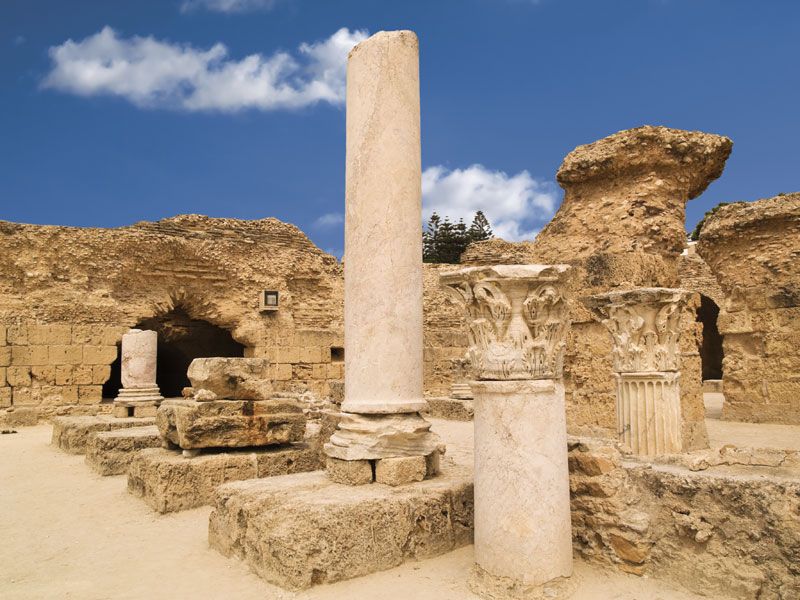 Travel Talks: The Near Eastern Origins of Urbanism in the Maghreb
with Joseph A. Greene feb 11

Carthage is one of the best known but least understood cities of the ancient world. Join us for our Travel Talk with a lecture presented by Joseph A. Greene.

An ancient seaport founded by the Phoenicians early in the first millennium B.C., it was famously sown with salt by conquering Romans, who afterward rebuilt it as the capital of Imperial Africa. Much later the Vandals occupied it for a century (but did not vandalize it), only to be expelled by the forces of the Byzantine emperor Justinian. Barely two centuries on it fell to Muslim armies hurtling across the Maghreb towards Spain. The ancient city did not survive this final blow.

Abandoned by the Byzantines, the fabric of ancient Carthage was gradually dismantled to build medieval Tunis, its successor on the North African coast. Only near the end of the 20th century A.D., three thousand years after its founding, did Carthage begin to re-emerge as a coherent archaeological ruin, thanks in large part to the international efforts of the UNESCO “Save Carthage Project".

Please complete this registration form to confirm your attendance. Space is limited and on a first come, first serve basis!

We look forward to connecting you each month with Harvard study leaders to discuss a range of topics from the comfort of your home!