The Harvard Club of San Diego cordially invites you to join us for a free virtual Zoom webinar entitled Senate and House Races from Coast to Coast and Why They Matter with Dan Eaton (HLS '89) and Jaron Zhou (AB '22).

Register for free below to receive the Zoom information for the event. 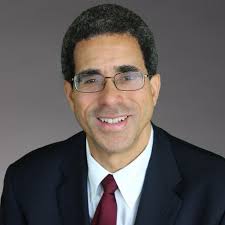 Dan has been practicing law for over 30 years.  He is a partner in the litigation department of Seltzer Caplan McMahon Vitek, where he advises and represents employers.

Dan Eaton is a 1984 graduate of Georgetown University.  He worked on Capitol Hill for U.S. Senator Arlen Specter of Pennsylvania during college and two years after college.  Among his responsibilities was working on opposition research for the Senator’s re-election race.  After working for the Senator, Dan enrolled in Harvard Law School, from which he graduated with honors in 1989.

Dan has worked on numerous political campaigns, beginning when he was a child.  Since becoming a lawyer, he has held appointed positions on the 22nd District Agricultural Association (Del Mar Fair Board) and the City of San Diego Civil Service Commission.

Dan has taught courses in business ethics and employment law at San Diego State’s Fowler College of Business for over ten years.  He is a frequent commentator on a range of legal issues in the local media, including KNSD, KUSI, and KPBS, where he will appear as an on-air election night commentator.  He has a biweekly column in the San Diego Union-Tribune Business section called “Law at Work.” 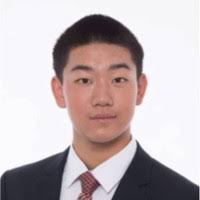 Jaron is a junior at Harvard in Currier House concentrating in Government with a secondary in Economics. He has been involved in numerous student organizations on campus, including Harvard’s Undergraduate Council, The Harvard Crimson, the Harvard College Consulting Group, the Honor Council, and club swim. After graduation, he hopes to work in the private sector at the intersection of public service, business, and capital markets before continuing his education by pursuing either a JD or an MBA. Outside of school, Jaron has been active in the local San Diego community, including interning for the Mayor's Office and starting the FoodBridge Initiative, a nonprofit that connects local farms with food banks in need of extra produce. In his free time, Jaron loves analyzing election news and results, playing tennis, and taking walks along the beach.

Click here to get your free tickets and Zoom meeting information!!!